General Kuribayashi (Ken Watanabe) knows that they are going to lose the battle, and orders Saigo to destroy everything in his office while he and the men make their way to the north side of the island. Saigo destroys all but the letters he and his comrades had written, which he stores in a bag that he buries in the tunnel. Saigo and Kuribayashi are the only two who manage to make it all the way to the north coast, where a wounded Kuribayashi orders Saigo to bury him on the northernmost area, where no American has set foot. He then kills himself with the commemorative Colt .45 he was given as a gift by the US Navy when he was in America. Saigo fulfills his general’s last wish, and is then taken by the American troops, who we are to believe treat him for his wounds and then send him back to his wife and daughter.

Sixty-one years later, an excavation at Iwo Jima reveals all the letters that the soldiers had written which Saigo buried. 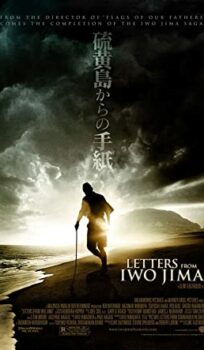