The detective concludes that Missy (Gillian Zinser), who suffered from depression and had attempted to take her own life twice before, shot herself and staged it purposefully so that suspicion would fall on Denise (Torrance Coombs). After showing all the party-goer’s Missy’s body to impress on them the foolishness of their actions, the detective lets them all go, but not before giving Mike (Matt Lanter) the last Truth or Dare card from the game. It is a truth card asking simply ‘what would it take for you to kill somebody?’. Mike in turn gives the card and box it came in, to Katie (Sara Paxton).

Later, Katie looks at the box and finds hidden inside the missing memory card from the camera containing the footage of what really happened in the hotel room. Mike, hurt over the way Missy kept treating him, had told Denise about Missy’s plan. The two turned on her, and Mike had grabbed her and the gun, holding it to her neck. Denise had then come forward and pulled the trigger while Mike was still holding it. Killing her had not been part of the original plan which is why afterwards the two men had turned on each other.

As Katie puts the memory card back into the box, she smiles to herself, pleased that Mike finally shook off Missy’s influence over him. 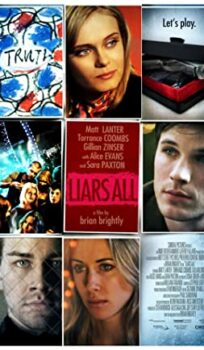