The young student alien – from the comfortable confines of its UFO – fails miserably at attempting to abduct the sleeping human from his isolated farmhouse. After dozens of hilarious tries to levitate the farmer out the bedroom window, the little alien finally succeeds in getting the human up to the UFO, but then drops the human back toward the ground.

The trainer adult alien “catches” the human before he hits the ground, puts him back in bed, and carefully fixes the mess in the bedroom to show no trace of alien activity. The adult alien sees how crestfallen the young alien is and lets him take the controls of the UFO to fly away. Ecstatic, the young alien grabs the wheel and almost immediately squashes the farmhouse. 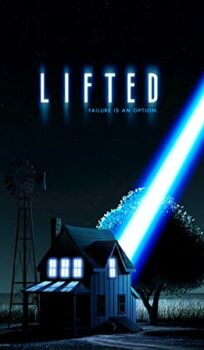