Arian (Derek Luke) and Ernest (Michael Pena) are eventually killed by Taliban fighters on the mountain top after running out of ammunition.

Janine Roth (Meryl Streep) becomes disillusioned with news coverage of the War on Terror and decides to not publish a story on it.

Todd (Andrew Garfield) seems to be inspired after his chat with Dr. Malley (Robert Redford) and the ending suggests that he stops being lazy and cynical and gets more involved in political science again. 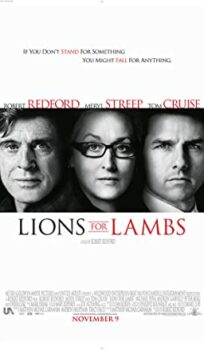