After experiencing a few personal and professional hardships, Billy (Luke Edwards) tells his mom Jenny (Ashley Crow) that he’s tired of being a “grownup” and will step down as team manager once the season ends.

At the American League Wild Card play-off game against the Seattle Mariners, the game goes to the 12th inning, and the Twins have two outs and are losing by a run with a man on base. Lou (Timothy Busfield) comes up to Billy and tells him that he asked Jenny to marry him, but she said he had to ask Billy first. Billy tells him that he can marry her if he hits a homer, but quickly changes his mind and gives him his blessing. Lou steps up to the plate and hits a home run-worthy ball, but Ken Griffey Jr. (himself) catches it before it can go into the crowd, and the Twins lose.

Back in the locker room, Billy tells the team that he’s retiring as manager and giving the job to pitching coach Mac (John Ashton), and he is hiring back Jerry (Duane Davis) as the new hitting coach. However, he was going to remain owner, and he says he might come back as manager if junior high didn’t pan out. Then, Roberts (John Beasley) comes in and tells him that the fans haven’t left, and they were chanting for him. He goes out there with the team, and they both receive a standing ovation. 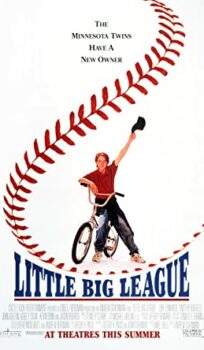