Short version:
April (Justin’s girlfriend) was Lo all along. Lo’s battered lower body was due to it’s attempt to act human or express love .

Long version:
The (low budget) film revolves around the same room. Justin’s girlfriend, April, has been kidnapped by demons and the opening scene is him summoning a demon named Lo from a demonic book. Lo is a very powerful demon who has been crippled from the waist down. Justin is sheilded by a magical circle/pentagram he has drawn around himself that protects him as long as he stays in the circle.

All conversations and memories are played out in the same room in different manners.  During conversations with Lo, conversations with Jeez (the kidnapper), other bystanders (mainly demons just watching the story unfold), and reminiscence of April and Justin’s past (in which each memory is shown via a stage play near Justin and Lo) it is confirmed that April was actually a demon. Following more dialogue the audience learns that April has killed many people, and Justin is able to talk to a couple of the souls she/it deceived and destroyed.

At one point Justin is tricked by Lo and poisoned by a drink that was supposedly going to allow him to enter Hell and retrieve April himself.  After all the banter between the characters Justin elects to still bring back April, and commands Lo (as he is Lo’s master upon summoning it) to go to Hell and retrieve April.

Lo leaves solemnly, and April shows up and shares a heartfelt reunion with Justin. She sucks the poison from his body which saves his life, and also tells him where to find the spell to close the gateway to Hell. Soon after April states she must return to Hell, and that he must live on. As she scoots away from screen Justin calls to her, and the screen pans back to April which instead shows Lo in the same position. 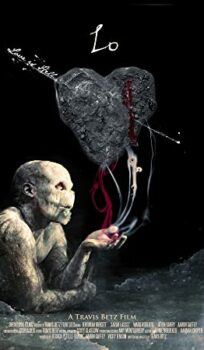