Story:
The year is 2029. Naturally born mutants are all but extinct due to a man-made virus. Logan (slowly losing his mutant ability to heal) is in hiding with Charles Xavier just over the Mexican border. He works as a limo driver to pay for medicine to keep Charles from suffering telepathic seizures while Caliban takes care of him. On the side, Logan is saving up money to buy a boat so that he and Charles can live out the rest of their short lives on the high seas.

Logan is approached by Gabriela, a former nurse employed by Transigen, the company that manufactured the virus that nearly wiped out all mutantkind. She is being tracked by Donald Pierce and the cybernetically enhanced Reavers. Though she begs for his help but Logan dismisses her. When answering a call for a ride, Logan finds that it is Gabriela asking Logan to drive her and Laura, an 11-year-old escapee from Transigen, to Eden, a sanctuary for mutants in Canada. Logan again refuses her, and later finds her dead. It turns out Gabriela found out that Transigen was creating their own mutants in the hopes of mobilizing them as weapons. Laura was bred from Logan’s DNA from the Weapon X project of X-Men: Apocalypse, hence she is technically Logan’s daughter, complete with adamantium claws in both her hands and feet. When Gabriela discovered that all the children would be put to sleep, she staged a mutiny to release them all and to head to a safe spot in North Dakota to regroup before making the final trek to Eden.

In their travels, Logan discovers that Eden’s coordinates come from a Marvel Comics issue of “The Uncanny X-Men” indicating that it was always false. Despite this, he continues the journey with Charles and Laura, while Transigen follows them guided by Caliban (who can track mutants).

While staying with a family they helped on the road, Xavier is killed by X-24, a perfect clone of Logan, but controlled by Transigen lead doctor Xander Rice, whose father was killed by Weapon X. Logan rushes Laura to North Dakota, where they regroup with the other mutants. In their travels to the Canadian border, they are ambushed by Transigen and the Reavers. In the ensuing battle, the mutant children and Logan manage to kill all of the Reavers. Logan shoots and kills Rice while the children torture and kill Pierce. Logan and X-24 then go head to head, with X-24 ultimately impaling Logan on a tree. As he is about to finish the job, Laura shoots X-24 in the head with an adamantium bullet Logan had been keeping. Logan and Laura share a moment as father and daughter before Logan finally succumbs to his wounds and dies. The children bury Logan and place a wooden cross on his grave, but before leaving, Laura re-grounds the cross as an X. 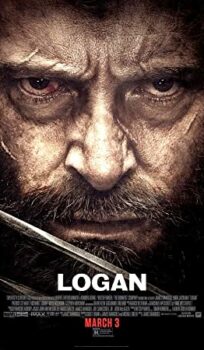