Lolita (Sue Lyon) and Clare Quilty (Peter Sellers) were lovers all along, and many of the incidents that kept Humbert Humbert (James Mason) away from her, including her suddenly leaving the hospital, were engineered by Quilty – he was the policeman at the motel, the school psychiatrist, the menacing voice on the phone.

When Humbert finds her again, she’s long since been dumped by Quilty and is now wed to a younger man (she’s also pregnant), and Humbert cannot convince her to return to him.

In his pain, he tracks down Quilty, bringing the film full circle to the killing we see in the long opening scene.

A text epilogue informs us that Humbert died in prison awaiting trial for Quilty’s murder. 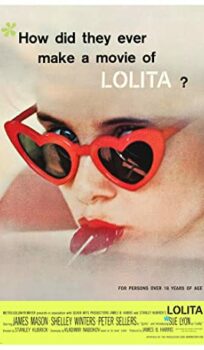