Looking for Comedy in the Muslim World(2005)

Albert Brooks (Albert Brooks) never does find out what makes Indians laugh.  During the 4 hours he spends in Pakistan he is able to pull off a successful comedy show for the stoned “budding comedians” he is meeting with, but he isn’t able to interview them either.  In the end he is forced to return to the US early because of rising tensions between the two countries which he has unknowingly caused (each country suspects the other of doing something sinister under the guise of Brooks’ interviews).  He returns home and turns in a 6 page report (as opposed to the 500 page one he was supposed to), the commission is shut down in preference of a new bomber, he never receives his medal of Freedom, but his wife and kid think he is amazing. 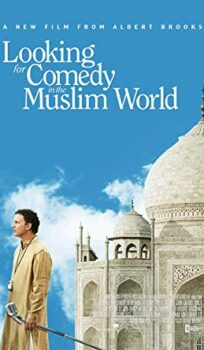