Butterfield (Barry Del Sherman) kidnaps Dorothea (Famke Janssen) and Valentin (Joel Swetow) and forces the latter to find and dig up Nix’s (Daniel von Bargen) body for him. Once Valentin does, Butterfield fatally wounds him and then takes Nix’s body and Dorothea to the cult’s old hideout, where all of the followers have gathered. Harry (Scott Bakula) and Swann (Kevin J. O’Connor) arrive at the dig site a short time later and find Valentin, and with his dying breaths he tells them where Butterfield has taken Dorothea.

Butterfield revives Nix, who is now much more powerful than he was before. Nix tells his followers that since he escaped from the grave, he had to give something back to it in return, so he proceeds to kill them all. As they die, he tells them that Swann was the only one who was ever worthy enough to gain his wisdom. Swann and Harry appear, and Nix asks Swann to help him destroy humanity, but he refuses, since it meant that Dorothea would die. Nix mortally injures him and proceeds to chase and torment Harry and Dorothea until he has Dorothea near an opening to a pit leading down to the Earth’s core that he created. Harry has the dying Swann levitate him over to Nix, where he grabs him by the head and shoves him down into the pit, and he falls into a pool of lava. 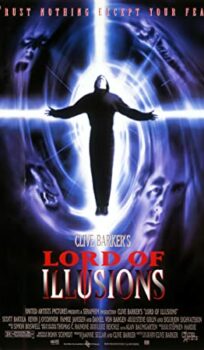