James Findlay (Euan Douglas) learns the demonic entity that haunts him is named Moloch. Moloch is an immortal entity that makes devil’s bargains; in exchange for a human sacrifice, he will grant someone a wish. James remembers his past and realizes the woman he has gotten romantically involved with, Eve (Lexy Hulme) is a ghost. She was his nanny when he was a boy, and his parents sacrificed her to Moloch in exchange for healing his mother’s illness.

Moloch claims that as long as James retrieves Eve’s bones and puts them to rest, he will be safe and the haunting will stop. James is able to find her bones and buries them, freeing Eve’s soul and she finally leaves the estate.

Later, James meets with his friend Allen (James Scott Gordon) and relates his story, horrified of the choice his parents made, and that he would have not done the same. As he stands up, James feels woozy. As he sees a tub full of water, he realizes Allen plans to sacrifice him to Moloch. A distraught Allen drowns James, saying Moloch promised him to heal his terminally ill father in exchange for James’ life.

Allen picks up his father up from the hospital with a haunted look on his face. James’ skull is seen placed in the basement of his family’s estate, the implication being that until his bones are found and buried (or another sacrifice is made) his soul with be trapped on the grounds, as Moloch’s prisoner, for all eternity. 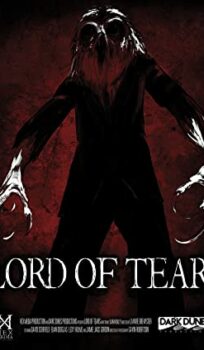