Lucie was kidnapped as a young child by a mysterious sect bent on discovering what lies beyond death. They believe the only way to achieve this is by putting a woman through unimaginable pain and suffering, and as a result the woman will achieve “martyrdom”. The dead corpse that harms her is actually a hallucination as Lucie is actually harming herself, a by product of the constant torture she was put through.

After Lucie slaughters whom she initially believes tortured her as a child (a mother and father of a seemingly normal family), she slits her own throat. Her best friend Anna, who was helping her dispose of the bodies, is then confronted by the sect, who chain her and torture her for an unspecified amount of time with constant beatings. Eventually, the sect skins Anna alive except her face. This is when she witnesses what lies beyond death (which is never told/shown to the audience).

The head of the sect, Mademoiselle, speaks with Anna who whispers in her ear what she has seen. The sect celebrates by inviting every member to the house where the tortures take place, so they can hear from Mademoiselle herself what lies beyond death.

The film ends when Mademoiselle asks a member, “could you ever imagine what lies beyond death?”… she then says, “keep doubting”, and commits suicide by shooting herself in the head. 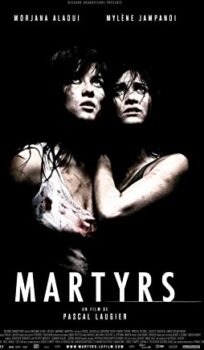