David Ghantt (Zach Galifianakis) helps steal $17 million from Loomis Fargo mostly due to his love for Kelly Campbell (Kristen Wiig), but the leader of the operation, Steve Chambers (Owen Wilson), wants to get rid of David for being a liability.

David gets Steve to confess to planning the heist. Everyone involved is arrested, but most of them are now free in real life. $2 million of what was stolen was never found. 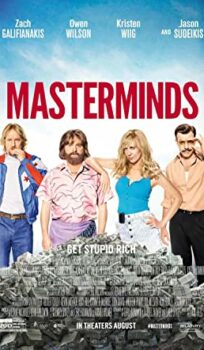