After a failed sniper mission two soldiers, Mike and Tommy, retreat towards a friendly village. They wander into a minefield and Tommy has his legs blown of by a mine. Hurrying to help him, Mike steps onto a mine himself. Tommy subsequently commits suicide by shooting himself in the head.

Mike manages to contact base but is told no help can reach him for over fifty hours. He endures attacks by wild dogs, unhelpful locals, and even attacks by enemy soldiers without stepping off the mine. As time passes he begins to hallucinate through lack of water, flashing back to his childhood where he dealt with an abusive father, and to his marriage which is in trouble because of his emotional issues.

Eventually, unable to stand it any longer, he steps off the mine – to find that it’s not actually a mine, just a rusty old tin can full of plastic soldiers.

Subsequently rescued, Mike makes a full recovery and returns to his wife with the implication that he has conquered some of his demons and will be a better husband to her. 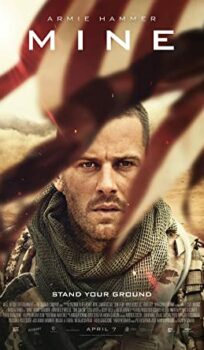