Temudjin (Tadanobu Asano) and Jamukha (Honglei Sun) -and their respective men- face each other in a majestic, Braveheart-like battle, during which a terrible storm ensues, complemented with a totally darkened sky and menacing thunder and lightning; all soldiers succumb to the fear, driven by the tradition of the wrath of the Great God Tengri; all except Temudjin, who stands bravely above everyone else.  Upon witnessing his fearlessness, Jamukha’s men surrender and acclaim Temudjin.  Jamukha is captured and made a prisoner.

Jamukha asks Temudjin how he could end up not fearing Tengri, to which Temudjin responded that “since he had nowhere to hide, he just stopped fearing it”; he also decides to release Jamukha and let him go, since he still loves him as his blood brother, even though Jamukha lets him know that he would always get in his way.

Later, Temudjin lets his beloved wife Borte (Kulan Chuluun) that he would have to continue his campaigns to submit all Mongols, no matter how long it took; she accepts.

The film ends with title cards indicating that Temudjin went on to unify all Mongolian tribes by the beginning of the 13th century (the early 1200s) into a single, great Empire that would go on for many years, even after his death; and that he would be forever know as the Great Genghis Khan.  However, the final images make way for the possibility of a sequel. 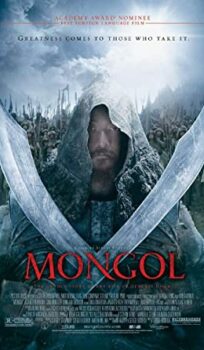