The Mortal Kombat tournament is a battle between Earthrealm and Outworld, as the champions of Earthrealm must prevent the evil forces from Outworld from conquering mankind. Struggling MMA fighter Cole Young (Lewis Tan) is found by Jax Briggs (Mechad Brooks) after seeing that he bears a dragon mark like others chosen to be Earthrealm’s champions. An ice-powered assassin named Sub-Zero, who centuries earlier murdered Cole’s ancestor Hanzo Hasashi and his family, is out to kill the champions, and he freezes Jax’s arms off and leaves him for dead.

Cole teams up with Jax’s partner Sonya Blade (Jessica McNamee) and a mercenary named Kano (Josh Lawson) to find the temple of Raiden, where they will train for the tournament. They are found by Liu Kang, who trains them into unlocking their special powers, or “arcana”. Sonya doesn’t bear a mark as the others do, so she is not trained like they are. Shang Tsung (Chin Han), leader of the Outworld villains, attempts to attack Raiden’s temple to kill the champions, but Raiden puts up a forcefield around the temple. Shang Tsung later gathers Sub-Zero and other fighters like Mileena, Nitara, Reiko, Goro, and Kabal to fight. Kabal convinces Kano to turn on the others and help them attack. In the fight, Liu Kang’s cousin Kung Lao kills Nitara, but Shang Tsung takes Kung Lao’s soul. Meanwhile, Cole unlocks his arcana by fighting and killing Goro when he attacked Cole’s family before Raiden brings him back to the temple.

After Raiden (Tadanobu Asano) brings the others into the Void for protection, Cole says that they need to split up to fight the villains. Jax, with his new super-strong mechanical arms, fights and kills Reiko, while Sonya fights and kills Kano, inheriting his dragon mark and helping Cole kill Mileena. Liu Kang kills Kabal, and Cole must fight Sub-Zero after he freezes his wife and daughter. During the fight, Cole’s blood touches Hanzo’s kunai, which helps bring Hanzo’s soul back from Hell to come back as Scorpion to battle Sub-Zero. After freeing Cole’s family, Scorpion uses his power to burn Sub-Zero to death. Shang Tsung reclaims the bodies of his fighters before Raiden asks the others to look for more fighters. Cole starts by going to Hollywood to seek out Johnny Cage. 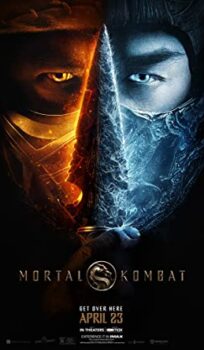