Matty is a 41-year-old woman with three kids. Matty’s husband, Werner, has left her for a younger woman, but still admits he has feelings for her.

Matty meets Johnny, a 29-year-old truck driver, when she backs into his truck. Johnny takes a liking to her, and the two hit it off (eventually). Through Werner, Matty finds out that Johnny put his wife into the hospital after having too much to drink. She comes to terms with it after Johnny says he was angry because he had found out his wife was cheating on him with a lawyer, and that he hasn’t had a drink since.

Werner decides he wants to come back and now Matty must choose who she wants to be with. Matty chooses Johnny. They celebrate, and Johnny decides a drink is in order. As they’re coming out of the bar, Johnny, a bit tipsy, sees his wife with the lawyer. He gets angry and trashes the lawyer’s car. Matty yells at him to stop, but the police show up. Matty walks off, telling Johnny to leave her alone. She gets back with Werner. However, you can tell she’s not really happy.

Johnny tries to win her back by singing and apologizing when they see each other at a bar. Matty, embarrassed, storms out. She comes back to his truck later to tell him off and ends up punching him. But Johnny can tell she still loves him, and the two reconcile. Matty calls Werner and tells him she doesn’t want him anymore.

The movie ends with her walking along the train tracks, smiling. 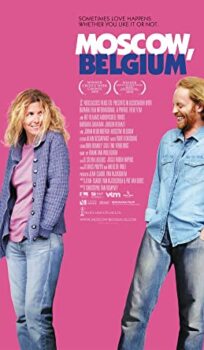