The Masons’ security chief Frank (Raymond O’Connor) betrays Alex Sr. (Austin Pendleton) to Thanatos (David Johansen). Thanatos takes Alex Sr. to his hideout (and kills Frank) and demands him to hand over the chip. He refuses, so he sends his goons to his home to kidnap Alex Jr. (Robert Gorman) & Katie (Madeline Zima) to force him to cooperate. They overpower and knock out Sean (Hulk Hogan), seize the kids – as well as Burt (Sherman Hemsley) – and take off. Alex Jr. later calls Sean and tells him that the chip is underneath the toilet seat, and tells him to bring it to Thanatos’ hideout.

Sean confronts Thanatos at his hideout and subdues his cronies. It turns out that the chip Alex had him bring was a fake, and upon this discovery, Thanatos becomes enraged and starts attacking Sean. As they fight, Alex Sr. and his kids make an improvised electromagnet, which draws in Thanatos by his skullplate and soon launches him into the stratosphere, leaving only the plate behind. After that, Alex Sr. reveals that the real chip was inside Katie’s doll the whole time.

The next scene shows Sean taking off for a vacation, since he was given a leave of absence from the Masons, and he hugs the kids. However, as he takes off on his motorcycle, it is revealed that the kids attached a metal wire to the back of it to get it to stop, since they wanted him to stay. The wire runs out, and the bike is yanked out from underneath Sean, sending him flying off of it screaming as the movie ends. 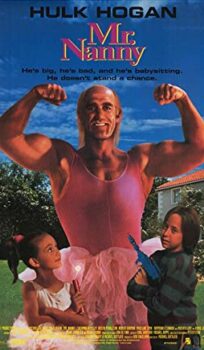