Jamie McAllan (Garett Hedlund) and Ronsel Jackson (Jason Mitchell) return from WWII to Mississippi where Jamie’s brother Henry (Jason Clarke) bought a farm much to his wife Laura (Carey Mulligan) dismay. Ronsel’s family has worked on that farm since the slave days.

Jamie and Ronsel bond over shared trauma of the war much to the outrage Pappy (Jonathan Banks).

Pappy along with the local klansmen cut out Ronsel tongue but leave him alive for his family to find.

What happens next is left to the viewer to determine. The Jacksons find happiness on a better farm. Ronsel then goes to germany to be with girlfriend that fathered a son by. Jamie then heads north. 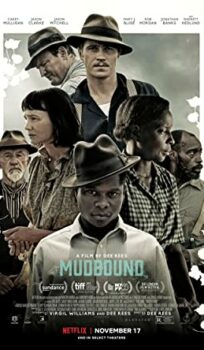