Clifford is the new kid in a tough Chicago high school.  Clifford is bullied by Moody (Matt Dillon) and his gang.  The one kid everyone in the school fears is Ricky Lindeman (Adam Baldwin).  Ricky is huge, hulking silent teen, who is alleged to have killed his own brother. Clifford offers to pay Ricky to be his bodyguard and protect him from Moody’s gang.

Clifford and Ricky become friends, and Clifford helps Ricky with a motorcycle that Ricky is restoring.  Clifford learns that Ricky’s younger brother found their father’s gun and accidentally shot himself playing with it.  Ricky found the body, which started the rumor that Ricky murdered his brother.

With Ricky as bodyguard, Moody can no longer bully kids and steal their money. Moody hires local tough guy Mike.  They confront Clifford and Ricky at the park.  Ricky makes no attempt to defend himself.  Mike beats up Ricky, trashes Ricky’s motorcycle and rolls it into the lake.

Clifford searches for Ricky and learns the true story which no one else knows. Ricky was the one playing with the gun, and accidentally shot his brother.  Ricky put the gun in his brother’s hand and said the brother shot himself, to not get blamed. He is so withdrawn and angry due to his guilt.

Later, Clifford and Ricky go back to retrieve the motorcycle and try to repair it. Moody and Mike show up again.  This time Ricky fights back.  Ricky is beating Mike, so Moody attacks Ricky too.  With Ricky losing this 2 on 1 fight, Clifford attacks Moody.  Ricky knocks out Mike.  Clifford breaks Moody’s nose.  As Clifford and Ricky leave with the motorcycle, Ricky jokes with Clifford that Clifford was pretty good in that fight, and now he wants to hire Clifford as his bodyguard. 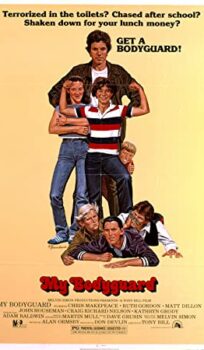