Sam (Billy Crystal) gets Max (Gheorghe Muresan) out to Las Vegas and gets him cast as the villain in a movie starring Steven Seagal (himself). However, after Max gets a medical exam done to get approved for insurance for stunt work, the doctor informs Sam that Max has a bad heart (which he already knew about), and it can’t be treated with a heart transplant because it is larger than the average human heart. Also, Max had asked him how much longer he had left to live, and he told him that he should be with family.

Sam then flies out to New Mexico to find Lillianna (Joanna Pacula) and convince her to see Max. When he does find her, he learns that she doesn’t reciprocate Max’s love for her at all, and she refuses to come see him. Not wanting to have Max’s heart be broken, Sam calls Serena (Kathleen Quinlan) and asks her to pose as Lillianna and meet Max in his hotel room. She agrees to do it, and despite some near slip-ups, she pulls off the ruse, and Max is satisfied, believing that he has truly seen his childhood love again.

Sam escorts Serena out of the hotel, and outside, they reconcile their marriage and kiss before Serena goes back home. When Sam returns to Max, Max tells him that he got off the phone with one of the movie’s producers, and he has been offered a three-picture deal with an option for a TV show. Though delighted by the news, Sam decides to take Max back home to Romania.

However, instead of returning him to the monastery, Sam takes him to his parents’ house while he is sleeping, feeling that he should patch things up with them given his impending death. Upon arriving, he wakes Max, and though Max is initially upset with him for bringing him there, Sam helps him understand that he can’t die while still holding anger towards his parents. Max goes up to them, and they lovingly embrace each other.

In the narrative, Sam states that he visited Max twice over the next year, but the second time would be to say goodbye, for Max had passed away. The movie closes with Sam and his family watching Max perform in his first – and only – film. 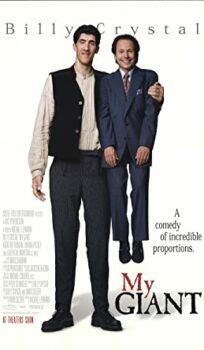