Short version:
Ruth and Tommy both die during their third donations.  Kathy gets her notice that it’s time to start her donations.

Long version:
The children at Hailsham are all clones, raised for the distinct purpose of donating their vital organs when they become adults.

After a fight with Ruth over Tommy, Kathy becomes a carer and sees neither Ruth nor Tommy for ten years.  During this time, both Ruth and Tommy successfully complete two donations.  Kathy stumbles upon Ruth while caring for another clone, and the two slowly reconcile as Kathy becomes Ruth’s carer.  However, Ruth “completes”, or dies, during her third donation.

As per Ruth’s wishes, Kathy and Tommy decide to seek a “deferral” which would allow them to put off more donations for an unspecified amount of time.  Rumors had been circulating among the clones for years that those in true love could get a deferral.  Ruth had provided the two with Madame’s address, who was supposedly in charge of deferrals.  Tommy works on his art that he struggled with in school, to prove he is truly in love with Kathy.  However, once visiting Madame, Kathy and Tommy learn there is no such thing as a deferral.  The purpose of Madame collecting art was not to look into the souls of the clones and prove who was in love as Tommy suggested, but to prove to society the clones had souls to begin with.  Devastated by this news, Tommy completes during his third donation.

The film ends with Kathy getting notice that is finally time to begin her first donation. 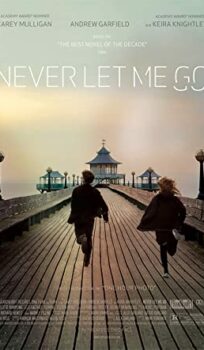