Johnny (Dennis Hopper) is a sailor on leave. He meets Mora who works in a beachfront carnival, acting as a mermaid.  Mora believes she is really descended from the sirens, mermaid like creatures from legends.  The carnival owner, Captain Murdock, found Mora as an orphan on a remote Greek island.  Murdock has been like a father to her.  Murdock warns Johnny that he is in grave danger if he continues to see Mora.  Mora’s 2 previous boyfriends drowned suspiciously.

Johnny and Mora go diving at night.  Mora attacks Johnny underwater, cutting his air supply.  He makes it back to the boat.  Mora never returns to the boat.  Johnny has dreams about her the next few nights.  He finally goes back to the carnival, where he is shocked to see Mora’s dead body on display.  Murdock shoots at Johnny but misses.

Johnny and Murdock are arrested.  Murdock admits that he had an obsessive love of Mora, and he killed her previous boyfriends.  Murdock planted the idea that she was a siren, so that Mora would think she did not belong with mankind, and would stay with him.  Mora took her own life, because she thought she would cause Johnny’s death. 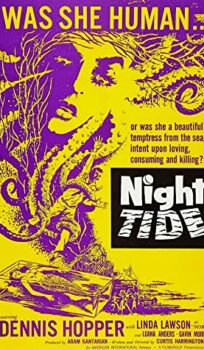