Gon (Jang Dong-gun) is a hitman who accidentally kills a young girl during his latest job. He is sent to South Korea to tie up loose ends; the girl’s mother Mo-gyeong (Kim Min-hee) had apparently been sent an incriminating file by her husband before his death. His orders are to recover the file and kill her. Guilt ridden and full of remorse, Gon eventually decides to protect the woman at a heavy cost.

When his bosses realize he has gone rogue, they send a trio of assassins led by Chaoz (Brian Tee) a former friend that Gon had saved years before. In the climax of the film, Gon kills two of the assassins, while still watching over Mo-gyeong. He directs her over the phone to pick up a nearby gun, telling her a man is coming to kill her, the same man that killed her daughter. Leaving an elevator right behind her, Gon screams, while charging her unarmed. In a panic, Mo-gyeong shoots him three times with a shotgun, pushing him back into the elevator.

Chaoz, arrives and aims a gun at her. Gon pulls at his coat with the last of his strength. As a final favor to his friend, Choaz spares Mo-gyeong. As the elevator goes down, Choaz holds his hand as Gon dies. Mo-gyeong speaks to Gon over a phone asking for him to answer her, not realizing he was the man that caused all her misery. Gon intentionally let her kill him to atone for killing her daughter. 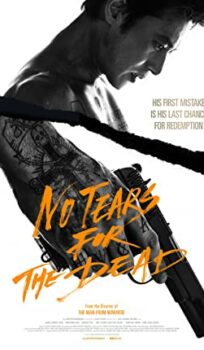