Anna (Pena) recants her wishes to divorce Edy (Molina) after everyone finds out he has cancer. After confronting Alexis, who killed his brother, Ozzy (Hernandez) decides not to shoot him, and he gets together with Roxanna (Ferlito) (who, so she says, turned down the role she’d been waiting to hear about). Sarah (Messing) decides to take the new job offer and also that she’s ready to try for children with Maurico (Leguizamo). Jesse (Rodriguez) decides to take over the bodega instead of re-enlisting, he also makes peace with Marissa (Diaz) as she stays with Fernando, and he calls Lenny’s parents (his friend who died after trading places with him in Iraq).
Anna decides she likes the tree just the way it is. 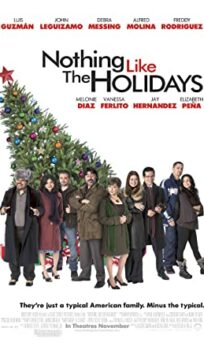