William Thacker (Hugh Grant) owns a travel book store in London’s Notting Hill. Anna Scott (Julia Roberts) is a famous movie actress; she stops by the store one day and buys a book from Will. Later, in the street, he accidentally bumps into her, spilling orange juice all over her shirt, so she agrees to go across the street to his house to change. They clearly enjoy each other’s company and share a sense of humor. She kisses him before leaving and he is clearly smitten.

Anna calls a few days later and invites him to her hotel, where he has to pretend to be a journalist interviewing the cast of her latest movie. They share a moment alone, and are able to work out Anna joining him that evening as his date to his sister’s birthday party. His friends and family are starstruck but smitten with Anna at the party. They see each other a few more times, but Anna’s invitation for Will to come up to her hotel room is ruined by the sudden appearance of her on-again-off-again boyfriend (Alec Baldwin). Will is crushed and tells her good-bye.

Some time later, Anna shows up at his house needing a place to hide, while the press is having a field day over some racy photos and video shot very early in her career. She apologizes for her behavior, and Will lets her stay… and they wind up sleeping together. Spike mentions her presence at the pub, and the next morning, the paparazzi swarm to Will’s house. Anna leaves, furious that Spike told and that Will doesn’t seem to understand the impact it will have on her.

A year passes and Will is ready to move on with his life when a friend mentions that Anna is town again, filming. Will goes to see her, and she asks him to wait while they finish filming. Will overhears her tell another actor that he is no one special, just some guy, etc. Will is devastated again, and leaves without talking to her further.

The next day, a vulnerable and humble Anna returns to his shop with a gift and asks if they can hang out a little… or a lot… and maybe he could like her again. Will tells her what he overheard, but Anna explains that she couldn’t tell the truth of her personal life to the gossipy actor. Will still turns her down, reluctantly telling her that his heart couldn’t take another rejection by her, which would surely be the eventual outcome. She accepts tearfully and exits but leaves the gift.

While telling his friends about what happened, they all realize that Anna truly cares for Will. The gift was an original Chagall painting that she had noticed a copy of in his apartment. His friends race to get Will to Anna’s final press conference before returning to America. He arrives just in time, pretends to be a journalist again, and is able to let her know that he has changed his mind. She is clearly happy to see him.

They are shown happily-ever-after-ing, getting married, attending a premiere together, then relaxing on a park bench while she is pregnant. 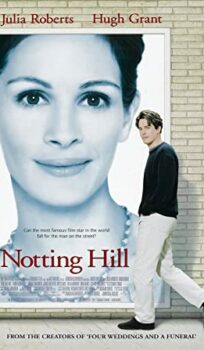