Odd Thomas (Anton Yelchin) is a short-order cook in Southern California who is able to see the dead, and often assists the local police department head (Willem Defoe) with solving crimes, using his unique gift. His true love is the local Ice Cream server named Stormy.

Odd uncovers a plot by a couple of cops who started a satanic cult to kill the entire town. Odd follows the clues and discovers the cops at the mall, shooting at the customers locked inside during the biggest sale of the year. Odd shoots one of the cops, and breaks the face of another with a pipe. Just when he thinks it’s safe, a ghost informs him that there is a bomb in the parking garage, and the other cop is still alive.

Odd drives the bomb filled truck to the desert with the cop hanging on the side of the truck, who shoots Odd several times. The cop blows up with the truck as Odd jumps to safety.

Odd is honored by the town as a hero, having saved hundreds of lives, but Odd only wants to go home and be with his true love, Stormy.

A few days later, Odd’s friends show up at his home, worried about his solitude. They inform him that Stormy’s body has been released from the coroner. The last few days he had spent holed up with Stormy, he was actually spending time with her ghost, unable to accept that she was shot in the mall. 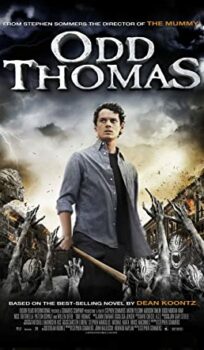