During the military dictatorship in Chile, lovers Francisco (Antonio Banderas) and Irene (Jennifer Connelly) expose the murders of at least fourteen innocent people, who were buried in an abandoned mine by the military. Pinochet (who is only ever referred to as the General in the movie) orders a cover up. An officer who had kept a diary about the people he & his fellow officers had tortured and murdered is run over by a car; Irene, who took & hid the diary, is shot three times on the street.

Irene survives and Francisco uses his connections with the freedom fighters & the church to get them both out of Chile before they are killed. As Irene recovers, they move secretly to both escape and leave evidence of the crimes with the Catholic Church. Meanwhile, the General’s men blow up the mine, arrest military officers who were being shown pictures of the victims by Irene’s cousin, Gustavo (Camilo Gallardo), and finally torture & then execute Gustavo.

In a voice over, while we watch Irene and Francisco take a mountain route as they escape Chile together, Irene explains that she and Francisco lived in exile in Spain for fifteen years before democracy was restored to Chile. Then they were able to be reunited with their families and friends who they left behind. She says the first thing they did was put flowers on the grave of her cousin, Gustavo. 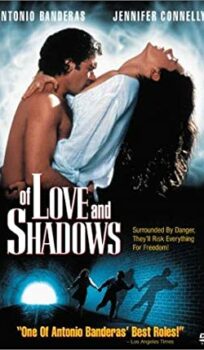