On Halloween, the Countess (Lauren Hutton) kidnaps Robin (Karen Kopins) in order to lure Mark (Jim Carrey) to her mansion so she can bite him for the third and final time, before midnight strikes and she loses her youthful looks. Mark sees Robin getting into the Countess’ limousine, and knowing where she’d be taken to, he goes after her with Jamie (Thomas Ballatore) and Russ (Skip Lackey) in tow. They infiltrate the mansion and free Robin, but are soon caught by the Countess’ entourage.

Mark and Robin eventually barricade themselves in the entourage’s bedroom. When the Countess and the others manage to get in, Mark and Robin are at first nowhere to be found, but then the coffin intended for Mark begins shaking. When they open it, they find Mark and Robin inside, and they just finished having quick sex. Since Mark is now no longer a virgin, the Countess can’t bite him a third time.

Then, midnight strikes, and as the other vampires run away in fear, the Countess’ appearance deteriorates into that of an elderly woman. Sebastian (Cleavon Little) escorts her away, promising her that they will find another virgin somewhere, and Mark and Robin have sex in the coffin a second time to see if having sex slower is better. 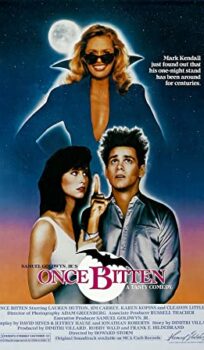