The Hekes are an impoverished Maori family with five children.  The father, Jake, loves his family but is violent and beats his wife when drunk.  Unemployed, he spends all of his time drinking with his friends either at the pub or at his home.  The mother, Beth, is descended from Maori royalty and defied her family to marry a man descended from slaves.

The eldest son Nig joins a gang and the second son Buggie is taken away and put in a foster home, where they both find the stability lacking from their home with Beth and Jake.

The only daughter, 13 year old Grace, is a sensitive girl who writes stories in a journal she carries everywhere.  Her best friend is a homeless boy named Toot.

One night after a drunken party her father’s friend “Uncle” Bully rapes Grace in her bed.  She doesn’t tell anyone but runs away and wanders the streets, returning home that evening to find Jake and his friends.  Bully asks for a kiss in front of Jake but she refuses.  Angry, her father tears up her journal.  Grace hangs herself from a tree in the back yard.

Jake stays at the pub drinking with Bully and his other friends while Beth and the rest of the family hold Grace’s funeral.  Beth invites Toot to come live with them.  Beth tapes Grace’s journal back together and then reads it, discovering the final entry where Grace wrote about the rape.  She and Nig confront Jake and Bully at the pub and show Jake the journal.  Jake responds by viciously beating Bully.  Beth tells Jake that she and the children are leaving him and returning to her family.  The film ends with Beth driving away to take the children back to her hometown while the police arrive to arrest Jake. 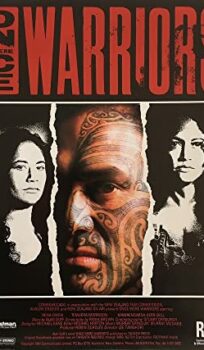