Pooper:
Of the American soldiers, only Boyce, Tibbet, and Rosenfeld survive, along with helpful French citizens Chloe and her younger brother. Ford sacrifices himself to blow up the Nazis’ lab with mutated victims and all of their research. Boyce tells his superiors that they didn’t find anything in the lab, to prevent anyone else from discovering the Nazis’ plans.

Longer:
Near the end of World War II, a team of paratroopers are sent to take down a Nazi radio tower. Their plane is shot down, and the surviving soldiers meet a French woman named Chloe who brings them to her home to hide from the German soldiers. They manage to capture a Nazi captain named Wafner who tries to rape Chloe but is subdued and captured.

Private Ed Boyce is sent out by Corporal Ford to locate the tower. Boyce ends up discovering a lab beneath the church where the tower is located where a Nazi doctor named Schmidt is conducting experiments to reanimate the dead, specifically Nazis, in order to ensure that the Nazis may reign supreme for centuries. Boyce rescues another soldier named Rosenfeld and brings back a sample of the serum. He uses it on his comrade Chase after he is killed by Wafner, but the serum causes Chase to have super strength, immunity to bullets, and uncontrollable rage as he mutates. This forces Boyce to crush Chase’s head. Wafner escapes and kidnaps Chloe’s brother Paul, forcing the soldiers to head out and take down the tower for good.

Wafner injects himself with the serum and turns into an inhuman abomination. Chloe manages to rescue Paul as the paratroopers take out the German soldiers. Boyce kills Schmidt while Wafner almost kills Ford. Ford decides to stay behind and detonate an explosive to destroy the tower and the lab. Ford blows himself and Wafner up as Boyce gets out.

Boyce reports to his superiors on the tower’s destruction but does not mention the lab or the experiments. 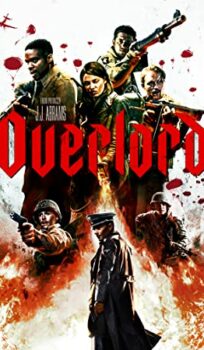