Preacher (Clint Eastwood) kills off the hired guns that Lahood (Richard Dysart) has paid to destroy the prospectors; at the same time he settles his own score as they are the same gang that shot him in the back and left him for dead years ago.

Megan’s (Sydney Penny) prayers are answered as the evil influence of Lahood dies with him after Hull kills him to protect Preacher. 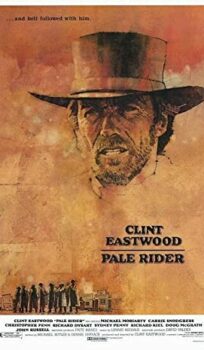