Nyles (Andy Samberg) is stuck in a time loop the day of a wedding, living the same day over and over. The bride’s sister, Sarah (Cristin Millioti) ends up following him into a glowing cave and then also ends up in the time loop. Nyles previously let a wedding guest named Roy (JK Simmons) go into the loop so Roy often hunts and kills Nyles as retaliation.

During a mid-credits scene. Roy gets a message about the theory from Sarah and goes to talk to Nyles who doesn’t recognize him, so he realizes he too will be able to escape. 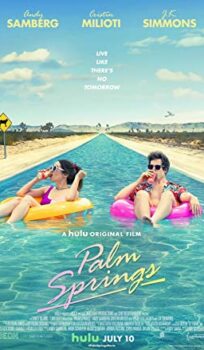