Danny (Dylan Purcell) kidnaps a  patient named Laura (Cherilyn Wilson) who suffers from a sleep disorder from the hospital.

A serial killer resides at the same hospital and has the power to bend people’s minds and are forced to do what the killer tells them to do, which leads him to control Laura. Laura is under his mind control and kills numerous people throughout the movie until a final battle concludes with Laura stabbing the eyes out of the serial killer.

When trying to leave though the detective shoots Danny but Danny manages to survive somewhat. The movie ends with Laura and Danny alive and in her dreamworld, but in the real world Danny and Laura are together in a plastic bubble being fed through a tube. 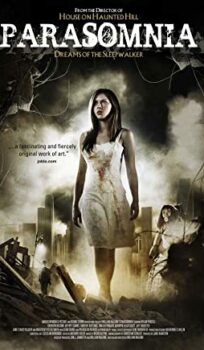