Pete (Sean Marshall) runs away from his mean adoptive family with his dragon named Elliot (who is animated like in Marry Poppins/Roger Rabbit). Elliot is clumsy and generally keeps himself invisible so as not to scare other people. Pete comes to a new town where he meets and is taken in by Nora (Helen Reddy) and her dad Lampie (Andy Rooney) who run the town’s lighthouse.

Nora’s fiancee has been lost at sea for over a year. A charlatan doctor named Dr. Terminus (Jim Dale) and his assistant Hoagy (Red Buttons) come to town and discover Elliot’s existence. They team up with Pete’s original adoptive family to catch both Pete and the dragon. Pete will be used as slave labor on his adoptive family’s farm and Elliott will be ground up into miracle medicines.

Pete is captured and Elliot comes to save him. Elliot eventually scares both Pete’s adoptive family and Dr. Terminus away for good.

Elliot also found Nora’s fiancee and helps guide him back home. Elliot saves the town’s mayor and schoolteacher from a falling power line, and he and Pete are lauded as heroes. Pete is officially adopted by Nora, her fiancee, and Lampie.

Elliot tells Pete that he must leave him forever as there are many other children in need of his help. Elliot wipes away Pete’s tears and then flies into the sky as Pete walks off to his new family’s home 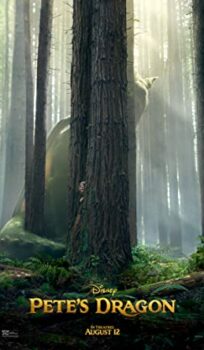