After his brother, John is murdered, Joe (Martin Compston) an emotionally numb man is sent further into a tailspin. One day, a man, who calls himself Piggy (Paul Anderson) who claims to be a friend of his brother stops by and offers his help. Together, they work together to kidnap and kill the men responsible for John’s death.

Joe and Piggy kill four of the men, but are denied the ringleader Jamie (Ed Skrein) as he has been locked away on drug charges. When Piggy says they should go after other bad people, Joe refuses and starts to get wary of their relationship. Joe breaks into Piggy’s house and figures out that Piggy never knew his brother; he was just a crazy guy using Joe’s grief as a cover to kill people. Piggy confronts him and appears to stab Joe but only stabs the wall. He tells Joe to leave, ending their partnership.

Getting his affairs in order, Joe realizes what he has to do. He leaves a note for Claire (Louise Dylan) a friend he was getting romantically close to (obstinately to tell her of his plans). She breaks down in tears at what it says.

Joe goes to a bar and kills her abusive ex-boyfriend Justin so he can arrested. The film ends with Joe going to the same prison Jamie is housed at, narrating he plans “to finish what he and Piggy started” i.e. kill Jamie. 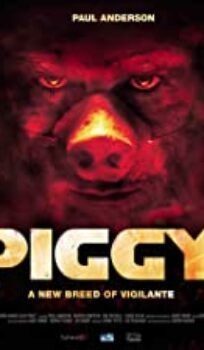