The grandmother (Ann Guilbert) dies and Alex (Oliver Platt) and Kate (Catherine Keener) get her apartment.

Rebecca (Rebecca Hall) starts acknowledging her grandmother’s faults and has a future with her new beau.

Mary (Amanda Peet) and Alex end their desultory affair with seemingly little consequence (though Alex and Kate’s daughter (Sarah Steele) was beginning to suspect) and Mary is revealed to be struggling with getting over her last boyfriend (the woman she is obsessed with was not, as intimated, an actress, but the woman Mary’s ex left her for). 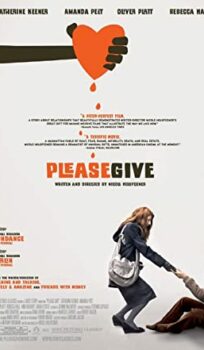