Mewtwo and Mew send out their final attacks on each other, but Ash gets in the middle and is killed by the attacks (yes, Ash died). But because of a legend explained in the American version and not the Japanese, the tears of the pokemon bring Ash back to life. Mewtwo realizes that Ash sacrificed himself because, even though Mewtwo is a clone of Mew, he is still a living creature that inhabits the Earth. Mewtwo takes his cloned pokemon away to live on their own, and wipes everyone’s memory, leaving them back at the port with no memory of why they are there. As the storm clears, Ash and friends leave the port to continue their journey. Ash sees Mew flying off into the clouds, and Team Rocket wake up on Mewtwo’s island, with no memory of how they got there either. 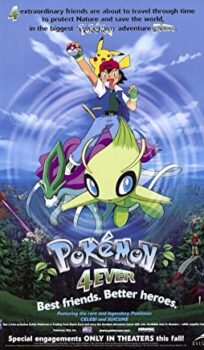