A down on her luck musician Deu, is nearly kidnapped by sex traffickers when she is saved by a martial artist by Sanim. Taken into his group of other martial artists (Dogsh*t, Pigsh*t, and Bullsh*t), Deu learns that each of them has lost a loved one to the Jaguar gang, who kidnap women to synthesize a rare perfume. Sanim especially wants to rescue his kidnapped bride Pie, who was taken by the gang.

The group raids the compound but they are overwhelmed. Sanim and Deu fight the female leader but when Deu has to make a choice between saving him or Pie, Sanim makes the ultimate sacrifice and falls to his death rather than let Pie die.

Deu is beaten within an inch of her life but remembering that the core facet of her training is pain, finds her strength and kills the leaders henchman. She then engages in a brutal hand to hand fight with the woman and beats her to death over the death of Sanim.

Deu, with Bull, Pig, and Dog save Pie and take her home, explaining the sacrifice Sanim made over the years to save her. With the Jaguar gang finished for good, Deu and the group say their goodbyes and go their separate ways. 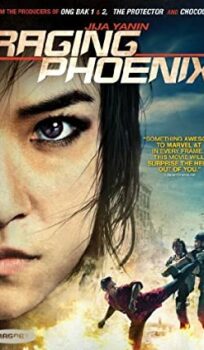