Pooper:
Bob gets the Communion money from a local loan shark. After the loan shark threatens his family, Bob confronts him and the loan shark is killed when he accidentally runs his car into a parking garage column. The local priest convinces Bob that he need not turn himself into the police. The family then celebrates Coleen’s Communion with her new outfit.

Long Ending:
England is in the midst of a depression and suffering from crushing unemployment. Bob (Bruce Jones) and his best friend Tommy (Ricky Tomlinson) engage in all manner of schemes to make money – including stealing sheep to sell to local butchers, tearing up sod from government buildings to re-sell, and cleaning out bathroom pipes. Bob’s wife Anne (Julie Brown) also tries to help, but doesn’t have marketable skills (being kicked out of a seamstress factory for not knowing how to sew). Despite their best efforts, they are unable to make any job stick or get ahead of their debt. Despite their tenuous financial condition, Bob plans to buy a brand new outfit for his daughter Coleen’s (Gemma Phoenix) First Communion even though doing so is prohibitively expensive.

Eventually, Bob secretly gets a loan so he can afford Coleen’s outfit and a party. He’s unable to pay it back, so the lender sells the debt to a vicious local loan shark. The loan shark forces his way into the family house while Bob is out, steals Anne’s jewelry, and makes numerous threats that he will injure Coleen if he’s not paid soon. When Bob gets home, he’s outraged at the trauma the loan shark inflicted on his family. He confronts the loan shark in a parking garage outside of a bar. The pair get into a fight and the loan shark beats Bob up and threatens to do even worse. However, as the loan shark begins driving off, Bob smashes his windshield with a wrench. This causes the drunken loan shark to lose control of the vehicle and smash into a column, killing the loan shark. Bob grabs the notebook of all accounts from the loan shark’s pocket and flees into the night.

Bob runs to the local church where he tells the Priest what’s happened and vows to turn himself into the police. The kind-hearted Priest tells Bob not to turn himself in. The priest notes that Bob didn’t kill the loan shark himself and, indeed, many good people’s lives will now be better off. He commands Bob to pray for the loan shark’s rotten soul and burns the account book.

The next day, Bob attends Communion as Coleen shines in her new outfit. Despite it being a wonderful day, Bob is shown being withdrawn and nervous, still feeling guilty about what he’s done. 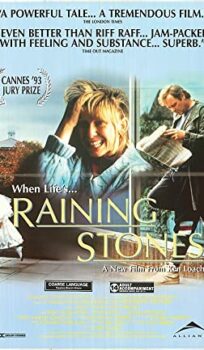