In 2045, most of humanity escapes the woes of the real world by entering the virtual reality world of the OASIS, created by gaming titans James Halliday (Mark Rylance) and Ogden Morrow (Simon Pegg). Halliday dies, but not before leaving players with a challenge to find a hidden Easter egg in the game, with the winner inheriting his shares in his company, as well as total control of the OASIS.

Young Wade Watts (Tye Sheridan) plays in the game as Parzival, where he meets Art3mis (real name Samantha), Aech (Helen), Daito (Toshiro) and Sho (Shoto). They face the game’s challenges as a team, while a sinister company called IOI, led by CEO Nolan Sorrento (Ben Mendelsohn), want to seize control of the OASIS for themselves.

The final showdown takes place on Planet Doom where Wade rounds up thousands of players to fight back against IOI. They defeat Sorrento, and Wade finishes the final challenge, winning the game and finding the egg. He meets Halliday’s avatar and decides that while escaping into the OASIS is fun, being in the real world is better.

Sorrento is arrested for his crimes, while Wade and his friends take over the OASIS, and he and Samantha (Olivia Cooke) start a relationship. 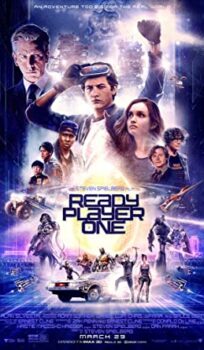