Submitted by Michael R (Pooper) and Evan B (Longer)

Long Ending:
This film is a dramatic retelling of a true story.

Socialite Sunny von Bulow (Glenn Close) is found unconscious in the bathroom by her husband, Claus von Bulow (Jeremy Irons). She is in a permanent coma as the result of an insulin overdose despite the fact that she does not have diabetes. Sunny’s children (Claus’ step-children) hire a private lawyer and investigator who conclude that Claus attempted to murder Sunny by ensuring her drug overdose. As evidence, they find a needle th crusted with insulin in Claus’ bag, acquire incriminating testimony from Sunny’s longtime maid, and find a motive in that Claus is in love with his mistress (Julie Hagerty). After trial, a jury finds Claus guilty of two charges of attempted murder. Throughout the film, Sunny narrates her thoughts on the proceedings.

Claus appeals the verdict and reaches out to Harvard law professor Alan Dershowitz (Ron Silver) to represent him on appeal. Alan often takes pro bono cases for indigent clients. Although he suspects that Claus is guilty, he ultimately decides to take the case because everyone is entitled to a legal defense. Alan believes Claus didn’t receive a fair defense due to the step-children hiring private detectives and attorneys to initiate the case (noting rich people could pull the same stunt to go after poor people in the future). He also takes the case because the rates he charges Claus will help subsidize the costs incurred in his defense of two indigent clients on death row. Alan assembles a diverse team of colleagues and law students (including a young Felicity Huffman) and dives into Claus’ case.

The team finds various holes in the prosecution’s case. They determine that the needle was likely planted as, if it had been injected into Sunny, the needle wouldn’t have been crusted with drugs. They confirm that Sunny was a long-time drug addict and not opposed to Claus’ affairs (thus weakening his motive to kill her). Eventually, most of the students and Alan believe that Claus did not murder her.

Meanwhile, Claus paints a picture of his marriage with Sunny during interviews with Alan. Although they initially engaged in a passionate affair leading up to their wedding, the marriage became unhappy. Despite numerous health scares, Sunny’s drug use increased. The pair decide to divorce, which exacerbated the problems. Although Claus was not abusive, he seemed to have little regard for his wife’s feelings or behavior. He neither tried to stop her drug abuse, nor did he hide his affairs from her.

Weakening their case, Claus immediately starts dating another woman (Christine Baranski). It’s also discovered other family members of his have died mysteriously. He also admits that he did not immediately call doctors when he discovered that Sunny was unconscious.

Before the appeal, a witness Alan was hoping to use doctors audio recordings to make it seem like Alan was violating the ethical rules governing lawyers. Alan doesn’t back down and eventually proves the recordings were fake. They have a big breakthrough when they discover that the maid’s testimony was largely fabricated. Alan argues the case before the state Supreme Court and the court overturns Claus’ conviction.

The film ends with Alan debating whether Claus actually killed his wife with his ex/team member Sarah (Annabella Sciorra). They are unable to come to an agreement. Alan thinks Sunny accidentally overdosed, but there are holes to this theory. Sarah also thinks she overdosed, but that Claus took advantage of the situation to try and kill her.

At the end, Alan tells Claus that he obtained exculpatory evidence from opposing counsel that should help him win at his re-trial. He also tells Claus that, while he has been legally cleared, his moral culpability remains in question. The film ends with Claus being acquitted at his re-trial and joking to a store clerk about the accusations against him. Text over the credits informs the viewer that Sunny remains in a coma. 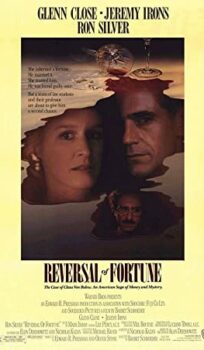