As the Aries gets closer to Mars, Fred (Harland Williams) – who has been awake for the last eight months after the chimpanzee Ulysses snuck into his hypersleep chamber – contacts NASA after conducting some checks on the planet’s weather. Bud (Beau Bridges) answers, and when he asks Fred why he is awake, Fred explains that some mistakes happened that caused it, but assures him that Wick (Jeffrey DeMunn) will never know about it because he already reprogrammed the hypersleep monitors. He then tells Bud that, after looking at the latest weather surveyor photos from Mars, he and his crewmates might run into some nasty unanticipated windstorms when they land. To protect Fred, Bud reports these findings to Wick under the guise of them being his own findings to try to convince him to reconsider the mission, but Wick won’t listen to him. Bill (William Sadler), Julie (Jessica Lundy), and Ulysses wake up some time later, and as Bill yells at Fred for being awake the entire time and going through a lot of their food supply to make paintings, Julie points out that they have arrived above Mars.

After they touch down on the planet’s surface in the Pilgrim landing shuttle, Bill heads down its ladder planning to be the first man to step onto the surface, but Fred – who is climbing down after him – slips and falls and lands first. When the guys later try to plant an American flag on the edge of a canyon, Fred accidentally loses it down there, so he substitutes it with his American flag boxers. They then have to hike back to the Pilgrim when Bill’s oxygen tank starts leaking. Meanwhile, Julie notices the wind speed kicking up on her weather station while she is collecting core-drilling samples, so she returns to the Pilgrim and tells Fred and Bill that, based on the readings she got, Fred might be right about the winds coming early. She believes that they will arrive in two or three days, but Fred disagrees, saying that they will be coming tomorrow. Finally fed up with Fred, Bill harshly tells him that they will be getting fossil samples tomorrow no matter what, and he also accuses Fred of trying to take away this moment of glory from him, based on how Fred had broken all of his training records at NASA, humiliated him on global television when they first went up into space, and then ruined his chance to step on Mars first. Julie seconds Fred’s concerns, but to appease Bill, she says that they will check the readings again in the morning. However, she adds that, if they look bad, they will have to abort.

Fred contacts Bud while Julie and Bill are sleeping and tells him about Bill’s decision and wonders if he should’ve told him about the winds at all, and this prompts Bud to reveal something about the Apollo 13 mission: The day before the launch, he found a minor glitch in the tank stirring circuits, so he reported it to Wick and told him that they needed to postpone the launch until they could greenlight the system. Wick turned him down, believing him to just be overreacting and imagining a problem when there really wasn’t one. Despite having the authority to stop the launch, Bud didn’t make the call, and he says that he would’ve been held responsible for the astronauts’ deaths had they not pulled off their major last-minute miracles and survived. He tells Fred that he won’t make the same mistake with him, Julie, and Bill and promises that he will get them all home. Fred responds by telling Bud that he would be proud to become somebody like him someday.

The next morning, a panicked Julie wakes Fred up and informs him that Bill had taken Ulysses and the spare backpack and went out onto the surface while they were sleeping, and then Fred hears the storm winds starting up. Bud approaches Wick and their superior Stevens (James Pickens, Jr.) and tells them that they need to abort the mission, and he also informs Stevens that Wick has continually ignored the warnings of the crew on Mars, but neither will listen to him and Wick calls for security to take Bud away. As security arrives, Fred and Julie call in and let them know of the predicament they are now in and need advice, leaving Wick stunned. Seeing that Wick obviously doesn’t trust the crew, Stevens orders him to go home and puts Bud in charge. Meanwhile, Bill collects his samples and tries to head back to the Pilgrim with Ulysses, but he gets lost in the sandstorms brought on by the winds. Bud tells Fred and Julie that liftoff will be impossible if they don’t leave in 20 minutes or less, but Fred refuses to leave without Bill and Ulysses and tells Bud that he is going out to find them. After he tells Julie to get off the planet if they aren’t back in 20 minutes, she kisses him on the face port of his helmet to encourage him.

Fred finds Ulysses first, and he directs Fred to Bill, who is trapped under their roving vehicle. Fred manages to lift it off him and they all start trekking back to the Pilgrim, and Julie starts up the engines so she can guide them all back with the flames from the exhaust. The guys spot the flames and manage to get back inside the ship just as time runs out, but during their ascent back into space, rocks kicked up by the winds hit the Pilgrim, causing a total power failure and sending the shuttle into a freefall. The only solution they have is for Fred to rewire the entire system, reboot it, and power everything back up in two minutes or less or else they will crash. Fred has great difficulty completing his task due to being bounced around like a pinball, but after NASA manages to establish an audio link, Bud speaks to Fred and encourages him to focus and trust his instincts. With renewed energy, Fred completes the rewiring and then closes the circuit using the Apollo 13 commemorative coin Bud had given him, and the ship regains power just as they are about to hit the ground. They crew then safely flies back up to the Aries.

Sometime after their return, Fred asks Julie to dance with him, and they dance to “When You Wish Upon A Star” in zero gravity wearing formal attire Fred crafted out of the space blankets, and they end it with a kiss. Come time for Fred, Julie, Bill, and Ulysses to go back into hypersleep for the journey back to Earth, Ulysses sneaks into Fred’s chamber again, forcing him to stay up for another eight months.

In a post-credits scene, a martian is seen walking away from the flagpole and wearing the boxers. 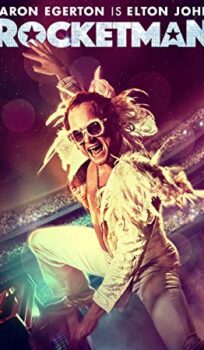