In a future society where corporations control not only people’s actions but their attitudes as well, a “hero” like Jonathan E. (James Caan) just isn’t acceptable. The last game of the season is played with absolutely no rules, the goal being the death of Jonathan. The audience watches in awed silence as Jonathan manages to outplay and outlast the rest of the field. As the last man standing, he scores the game’s only goal to a huge uproar from the crowd.

Search for Rollerball items at MovieGoods.com 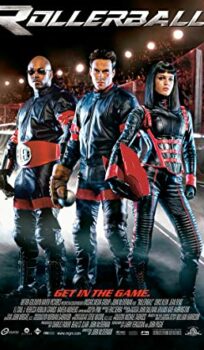