Jack (Jacob Tremblay) and his mother (Ma) live in a tiny rundown space. Although it initially seems they just are without money, it’s quickly revealed that she was abducted at 17 years old and he is the product of the continual rape she has to succumb to by her captor, who she’s dubbed Old Nick (Sean Bridgers).

Ma (Brie Larson) finally derives a plan for escape involving Jack pretending to be sick and finding help at a hospital. When this doesn’t happen, she convinces Old Nick that Jack has died so that Jack can escape when his “body” is being transported for burial. Jack manages to jump out of the truck and give the police enough information to locate his mother. But her attempt to return back to everyday life, and Jack’s complete ignorance on the real world, makes adjusting very difficult.

Ma tries to kill herself after becoming depressed but eventually she gets better when she remembers that Jack gives her life validity. On Jack’s request, the two return to visit the room that they had been confined to for years and it seems completely foreign to them. 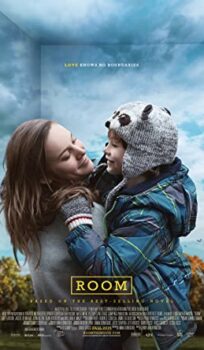