College student and part time mechanic Charlie Farrow (Patrick Dempsey) finds himself on the run from the mob and corrupt police officers after an altercation with Denny Holloran, the son of a mob boss. Denny, angry that Charlie had beaten him in poker tries to start a fight, trips, and hits his head on a counter, killing him.

The mob boss, Matt Holloran (Ken Pogue) wants Charlie brought to him so he can kill Charlie himself. Charlie tries numerous times to get help, only to find himself thwarted by Holloran’s men or corrupt cops. He is eventually caught by Holloran’s men and brought to him at his dog track, with Holloran not wanting to hear that his son died in an accident. He quickly orders Charlie to be thrown off the roof to his death.

However, through a will to live and blind luck, Charlie is able to kill all of Halloran’s men. Halloran corners Charlie, only to be impaled by a mechanical pacer greyhound that Charlie accidentally turned on. 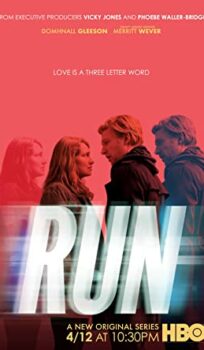