Sahara with Humphrey Bogart and Lloyd Bridges is a spectacular film. Bogart plays a “man with no name” character long before Clint Eastwood made such roles his domain. IMDB lists his character as “Joe Gunn”, but Joe is used by the characters generically for the American GIs, and when he tells the German officer to call him Gunn, it seems more like symbolism, that he represents a gun pointed at them. When the other characters talk about their past before the war, Gunn pointedly says “I don’t come from anywhere, just the Army” and unlike the other characters he never mentions any plans or hopes for after the war.

The movie opens with a tank in the desert under heavy enemy fire, everyone around them is dead. They receive radio reports that Tobruk has fallen, and everyone is to retreat. Their only avenue of escape is south through the harsh desert. Along the way the three man tank crew picks up several lost British soldiers, one French soldier, and a Sudanese soldier (in the British army) with his Italian prisoner.

They are attacked by a German fighter plane, but shoot it down with the tank’s gun. The pilot parachutes out and is also taken prisoner. They are desperate for water, and the Sudanese knows the location of wells in the area. They reach the first well, but it is dry. They travel 70 miles to the next nearest oasis in the desert, and find just a trickle of water.

As they are slowly filling their canteens and other containers they see a German halftrack approaching. They lie in ambush, and capture the halftrack and its crew. They learn from the prisoners that a german battalion is headed this way to get water. The Allies know that there is going to be one last stand in North Africa at the battle of El Alemain. Bogart tells the others that instead of fleeing, they should stay and fight. They realize that it is a suicide mission, but by blocking the way into the oasis long enough, they can keep that battalion out of the battle of El Alemain, which could be a help for the allies.

The Germans are more desperate for water than they realize. They hold off the Germans long enough that eventually the Germans are collapsing from dehydration and heat stroke and surrender to them. However, only Joe Gunn, Waco and one of the British soldiers live to the end. 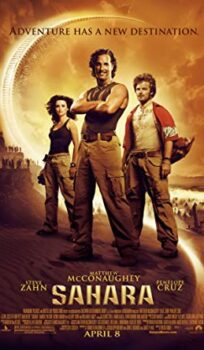