After several failed attempts by them and their friends to expose the boobs of the snooty Purity (Linda Speciale), Rick (Peter Keleghan) and Howie (Alan Deveau) come up with an elaborate plan to expose them at the homecoming festival. Rick, along with Rhonda (Terrea Foster) and Bootsie (Linda Shayne), get a hold of the gown Purity will be wearing at the event, and together they sew metal wire into the chest area. At the same time, Howie and their other friends create a large magnet by wrapping two magnetic cables around the basketball nets in the gym (which are situated on each side of the stage where the festivities will be held) and connecting them to a generator, and Howie plans to hide under the bleachers with the generator’s switch and turn it on at just the right moment.

As the homecoming festival begins, Principal Stuckoff (Donnie Bowes) invites Purity onto the stage to sing the national anthem. Just as she is finishing it, Howie activates the magnet, which successfully rips her dress off by the chest and exposes her bare breasts – and nearly everything else – to the entire crowd. The guys get a photo of her in this state to commemorate their victory as the credits roll. 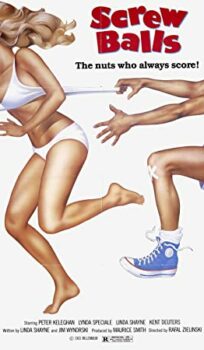