Sato (Kôji Yakusho) and Junko (Jun Fubuki) are a married couple in Japan. Sato works as a sound engineer while his wife Junko works at a restaurant and a part time psychic to mixed results. Junko is called to consult with the police about a kidnapped girl when a twist of fate occurs. The girl had escaped her kidnapper and hidden in a trunk of Sato’s sound equipment when he was in the woods recording.

Junko realizes the police will never believe them and decides to use the situation to get famous for her abilities and escape of their drab existence. Thus, Sato and Junko plan to orchrestrate the girls rescue for fame. However, in what is partially Sato’s fault, the girl dies. They bury her in the woods and try to move on with their lives. Yet, the girl haunts them, driving them mad with guilt.

Junko invites over a detective and a colleague to hold a séance and is implied to be ready to blame her husband for everything. However, the detective and colleague know she is lying since they have already recovered the girl’s body. Junko is then seen to be holding something in her hand; Sato asks what it is, and Junko shows it to be a hairclip owned by the girl that fell off her head. The detective begins question her about how she got it while Sato looks on stoically. He knows it is only a matter of time before the police figure out what they have done. 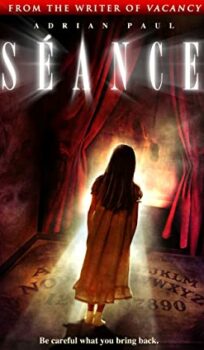