Pooper:
Dr. King ultimately leads a successful march from Selma to Birmingham soon after President Johnson publicly announces the voting rights act. He also appears to patch up his relationship with his wife, Coretta.

Long Ending:
Preeminent civil rights activist Martin Luther King, Jr. (David Oyelowo) and his wife Coretta Scott King (Carmen Ejogo) are attending the Nobel Peace Prize awards where MLK is the  recipient. Soon after, a bomb is detonated in an African-American church, killing many children inside. We then watch as a woman named Annie Lee Cooper (Oprah Winfrey) attempts to register to vote in Selma, Alabama. She is turned down after she fails a virtually impossible test administered by the clearly racist county registrar that she is required to pass in order to receive her registration.

Dr. King meets with President Lyndon B. Johnson (Tom Wilkinson) and his aide Lee White (Giovanni Ribisi) to discuss King’s next steps. Johnson notes the progress they have made in the civil rights movement, notably, furthering desegregation. Johnson now wants to focus on poverty issues, but King says that they must now focus on truly ensuring that all people can access their right to vote. President Johnson dismisses this cause, noting that they can push it off to a later date. King disagrees and decides to go to Selma, Alabama, to begin mobilizing efforts to push voting rights issues to the forefront.  After King leaves the office, Johnson consults with the head of the FBI, J. Edgar Hoover (Dylan Baker), who suggests that Johnson can stop King by sowing discord within his family.

King is accompanied to Selma by several of his top supporters and fellow civil rights leaders, including James Bevel (Common), Amelia Boynton (Lorraine Toussaint), and Reverend Hosea Williams (Wendell Pierce). They begin rallying the community and meet with two local civil rights leaders – John Lewis (Stephan James) and James  Forman (Trai Byers). The local group, and particularly Forman, distrust MLK and his group. They point out his recent failures in Albany and accuse him of being a media-hound. King retorts that they must court the media in order to effectuate immediate change. Forman and Lewis begrudgingly work with King and they plan a protest intended to incite the County sheriff, a buffoon named Jim Clark. They note that Clark will respond to their non-violent protest in an overly violent manner, thus sparking national outrage and sympathy. This theory is proven correct as Clark is captured in photos beating Annie Cooper and others during a peaceful demonstration. The protesters are all  arrested, and King begins to question how much more abuse he can take while he sits in his jail cell. Not only does his role require substantial time away from his family, a constant risk to his life and tests to his faith, but Coretta and his children receive constant death threats (intimated to, in part, emanate from Hoover’s offices).

Coretta arrives in Selma and is set to meet another preeminent civil rights leader, Malcolm X (Nigel Thatch) who has advocated for more militant resistance. Malcolm X notes that he has recently come to see the truth in King’s message and wants to help the cause in Selma by making King seem like the preferable alternative (white people are terrified by X’s reputation). Coretta agrees to accept his help and tells Martin of her deal. He snaps at her before accepting the negotiated alliance, highlighting the tension in their marriage. Meanwhile, Alabama Governor George Wallace (Tim Roth) and his aide (Stephen Root) hatch a plan to launch a violent strike against  King’s activists while MLK himself (and thus, the media) are out of town. The police launch a strike during a non-violent night march, brutally beating several protesters and eventually killing a young man named Jimmie Lee Jackson (Keith Stanfield) in front of his mother and elderly grandfather Cager. Dr. King later meets with Cager, who vows to live long enough to vote in order to justify his grandson’s sacrifice.

MLK speaks at Jimmie Lee’s funeral, indicting all those of any color who deny African-Americans their freedom (also noting that Malcolm X had been assassinated weeks after he extended an olive branch to King). The movement in Alabama is gaining steam, with protests occurring both inside and outside the White House. King meets again with President Johnson, and the two still cannot agree as to what course to take. MLK and his fellow leaders decide to organize a 50-mile march from Selma to Alabama’s capital in Birmingham in order to continue to force the issue. The protest is deemed unauthorized by the state government and President Johnson refuses to lend any support. Johnson also authorizes Hoover to take more drastic actions to try and stop King from moving forward. Hoover has an audio tape of an affair MLK had  with another woman delivered to Coretta. She confronts King about his affairs and he realizes that he must try to repair his relationship rather than lead the march.

King’s fellow leaders decide to proceed without him. Although John Lewis lends his support, James Forman and the local group decide not to participate. Accordingly, Lewis, Boynton and Rev. Williams lead a relatively small group of people on the march to Birmingham. They are quickly met with brutal police resistance, all of which is caught on tape and broadcast around the nation. King returns to Selma and issues a request to all supporters to come to Selma and engage in another march. President Johnson sends emissaries to dissuade both King and Governor Wallace from their current courses of action, but to no avail. The ranks of King’s supporters swell, bolstered by both white people and clergymen from across the nation. Even Forman and his group join King’s ranks. This time, with King leading the march, the police step aside to let them pass. Upon seeing the police step aside, King halts the march and prays. He then decides not to continue, calling the march off. Many supporters are infuriated that King called off the march. He justifies his decision by stating his belief that the police were simply trying to lure the group out to the isolated rural roads to ambush them. King also writes a letter to Coretta begging her forgiveness and reaffirming his love for her. Momentum shifts back to King when a white clergyman that participated in the second march is beaten to death by some local bigots. King calls President Johnson and tells him he must act now or end up on the wrong side of history.

A trial is held to determine whether the ban on the march is legal (including cameos by Cuba Gooding Jr. and Martin Sheen). The victims assaulted in the first march tell their stories and the judge overturns the ban. Coretta attends the trial and she and Martin reaffirm their commitment to each other. President Johnson himself meets with Governor Wallace to convince him to drop his opposition to King’s movement, but Wallace will not budge. Finally coming face to face with Wallace’s blatant racism, Johnson decides to take action. He holds a press conference and announces that he will be introducing a voting rights act into Congress guaranteeing equality at the polls to all people (which will eventually pass).

King decides to hold the march from Selma to Birmingham a final time. Johnson agrees to provide a federal security detail, although they unsuccessfully try and convince King to not walk into Birmingham himself. The march is wildly successful and even celebrities of all races participate. King delivers a rousing speech in Birmingham outside of Wallace’s capital building. The film informs us that Cager Lee did go on to vote in an election. Both John Lewis and another young supporter named Andrew Young (André Holland) go on to have distinguished political careers. A white supporter is murdered soon after King’s speech by members of the Ku Klux Klan. King himself is murdered not long after this victory, and Coretta never remarries. Coretta eventually opens a center named in honor of her husband that advocates non-violent social change to this day. 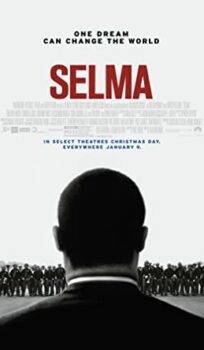